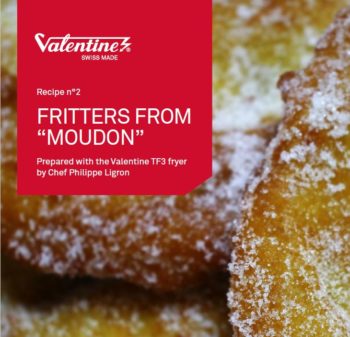 What a joy for me to propose you this traditional recipe from a region of the French speakingpart of Switzerland which is dear to me: the Broye Vaudoise!

Maybe because I live in this region, but above all because this recipe symbolizes everything that I like in our gastronomy: the terroir and the traditions. This recipe is very rare.

In fact, this recipe generally passes from mothers to daughters and each of these family recipe is better than the neighbour’s one!

Did you know that this recipe is already listed in the “Swiss culinary heritage” since the 15th century, precisely in 1458? Signifying the end of the winter solstice which was seen as a period of deprivation, the Brandons were the opportunity to celebrate the “Renewal” and the abundance which had disappeared from the tables.
The Brandons were celebrated by dancing on the squares of Moudon and Payerne, being the perfect occasion for the young people to meet and the elders to exchange the latest news while keeping an eye on the youngers!

The end of the Brandons carnival was marked by fire set to a large figure symbolizing the “Winter Snowman”! It is built with straw and wood and looks more like a scarecrow than anything else! However, at that time, they also took the opportunity to burn all the putrid and bad-smelling leftover food that was still lying in the smokehouses!

Last thing: the word “Brandons” means those torches that were set on fire in order to keep the party on-going later than usual!